Photographer for a wedding proposal in Venice

It is definitely exciting to work as an engagement photographer (one can really feel the couple’s excitement and surprise) but it has its own rules: you need to be “born ready” and be flexible.

It was delightful to be appointed by a couple from London to shoot the man’s proposal to the future bride in Venice (gallery).

We only had the possibility to talk by skype to suggest an ideal location for the event: the San Giorgio Island in the Venice Lagoon, ant to agree timing to let the shot beat sunset, but during that day we could not meet before or this would have spoilt the surprise for the future bride (she accepted :-).

I was getting my cameras ready one hour earlier than agreed when I saw the couple arriving …Gosh, they were early! I said to myself “Don’t Panic!” let's fine tune focus and, in the twinkling of an eye, the guy fell down on his knees and took the ring out of his pocket if I wouldn't have them in the frame for the test there would have been no way to catch the moment, It turned out to be a stroke of luck: everything that really matters was in the picture: the excited man, the amazed lady, the ring, the sunset and the lagoon…done! In the following minutes we had a short video of them expressing their emotions (my "under cover" part of the assignment ended) and a relaxing photo walk in Venice to be continued on the next day's morning. 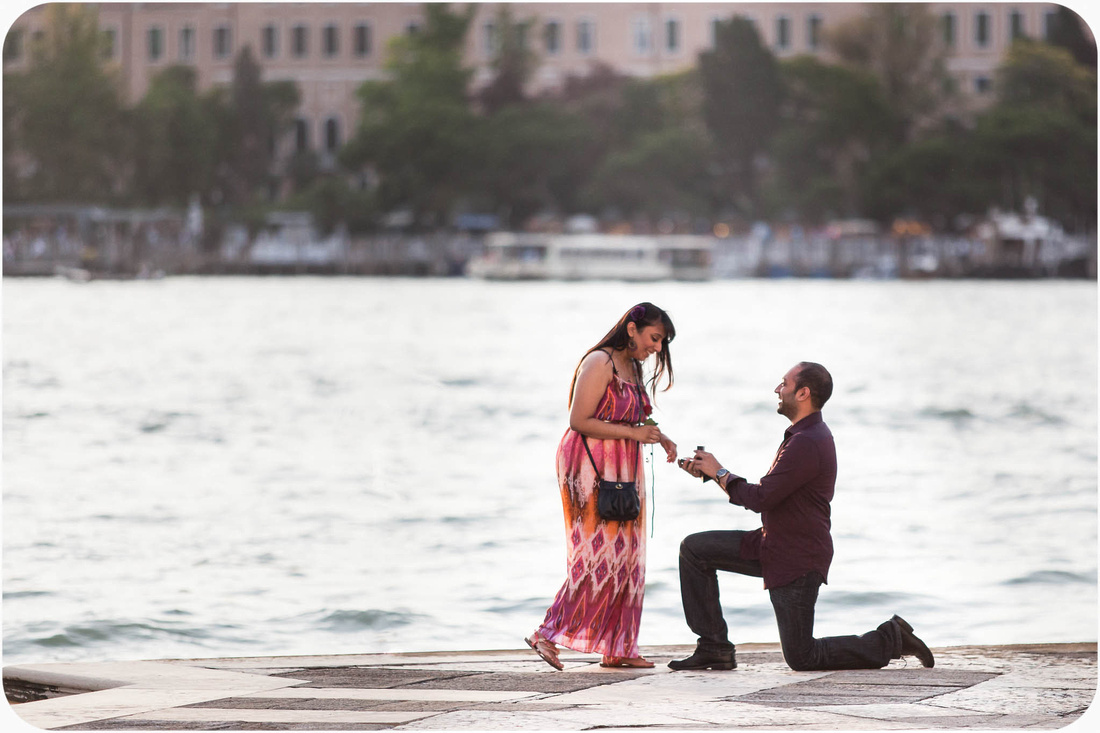